Elm is a functional programming language for the web. 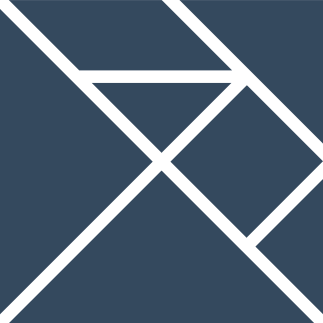 Elm lets you write programs in a simple functional language and it compiles to html, javascript and CSS. This sounded like a cool way to learn about FRP (Functional Reactive Programming), so I decided to give it a try.

Because it’s a young language (the thesis which gave it birth was in 2012) it’s evolving fast, so dependencies and syntax are still changing.

We want to install the Elm-Platform which comes with all the tools to get started:

A brief history of Quantum Mechanics - Part 1 - The Oven

This is a true history of quantum mechanics – to be taken with a grain of salt.

It all starts with an oven. A great piano player of Prussian values was heating a special oven. Instead of a door, this oven had a tiny pinhole through which you could peek inside. The question was: Does it get red inside if I make it very hot? Or more specifically … what combination of colours happen inside when all the heat of the walls gets re-absorbed, and re-emitted and re-absorbed and re-emitted, ad infinitum by the walls.

In physics, particles moving fast translate to a hot collection of...

Being the founder of a startup means juggling more tasks and domains than you ever thought possible. I’ll share my mental storm in the last 3 days … for those who are considering the startup life.

At renooble we are 2½ people, and we are starting to build our product. We have a prototype which is mostly undercover (we’re not marketing much yet) and which experiences spikes of traffic here and there. We use this traffic to test questions like: Will people sign up? What is the conversion rate? Is this form too complicated? etc.

It sounds easy enough, doesn’t it? Write code, find data and APIs (in our case for renewable energy) … and see if netizens like the concept. If they do, call potential customers (for us renewable energy and efficiency installers) and ask them for money: “Hey we have this website, and there’s 200 people who want your services to save energy. Are you...

Open thank you to open source

My life and career have lead me to learn languages and jargon. They have been the foundation to build sucessful research or relationships. After 3 years slowly walking towards starting my own company, I notice a new language and culture growing inside me. It’s based on the hundreds of open source tools I’m using. I can’t thank anyone for building ‘French’ or for the quantum physics jargon. But since I know the authors of my open source tools, I can thank them directly. This post is my token of appreciation.

Entrepreneurship news (and PR) love to forget the failures, the bad decisions, the wasted time, the procrastination, the effort and sweat, the lonely nights, and that programming book that you left right after the for-loop chapter. They love that simple app which took 5 days to code, 3 months to fund, and made you überrich. But of course it took 5 years of coding before you...

Bitcoin is an electronic pseudo-anonymous decentralized crypto-currency. There. That was a mouthful. But what does it actually mean?

Currency: At the most fundamental level, Bitcoins are just a means of exchange. Just like shells, gold, dollars, or rubles. And just like silver, euros or stones, their value hinges on an implicit agreement between the parties using them (legal or informal). Ok. So it’s just another currency. What makes them special then?

Virtual: Bitcoins are abstract. They exist as anotations on a very big ledger.

When Wei decides to send Hal 2 bitcoins, it gets updated to:

I hear you: Who updates the book? Where is the book? and wouldn’t it be easy to write a fake balance? Therein lies the beauty of...